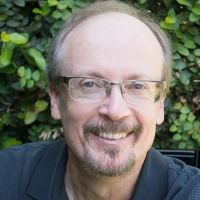 2015 Emmy winner for "Outstanding Writing in an Animated Program"​ for his work as Head Writer on PBS Kids'​ "WORDGIRL"​ series, Grant's been a writer, story editor, producer and executive in children’s and family entertainment for 20 years.

He started out as a director and dramaturge in professional theater, developing new works at the Sundance Institute, Williamstown Theatre Festival, and the New York Theatre Workshop.

Segueing into television, he first worked at Warner Bros. Animation as a staff writer-producer, contributing to the development and production of such award-winning shows as “ANIMANIACS,” “TINY TOON ADVENTURES,” and “BATMAN"​. At Nickelodeon, he worked both sides of the desk, first overseeing production on "RUGRATS"​ and "THE WILD THORNBERRYS"​ as Executive Director of Current Series and then as Head Writer/Co-Producer on JIMMY NEUTRON, BOY GENIUS. In addition, Grant's adapted over 100 episodes of Japanese anime for the American market, including “LUPIN THE THIRD” for Cartoon Network's Adult Swim, and "MEGAMAN: NT WARRIOR” and "VIEWTIFUL JOE"​ for Kids'​ WB.

Grant works regularly as a creative consultant, helping companies all over the world develop and produce fun, smart, quality entertainment for kids and families. At the moment he's developing a new series for Scholastic based on the successful "HOW DO DINOSAURS..."​ books; "ERNEST HUMMINGBIRD"​ for Mechem Media, from the book by David Feiss; "BABEL II"​ for Toei Animation, (Tokyo); the "MEGARACER"​ feature for Red Rover (Seoul); and his own "RAT AND PIGEON" for Hoho Entertainment (London).